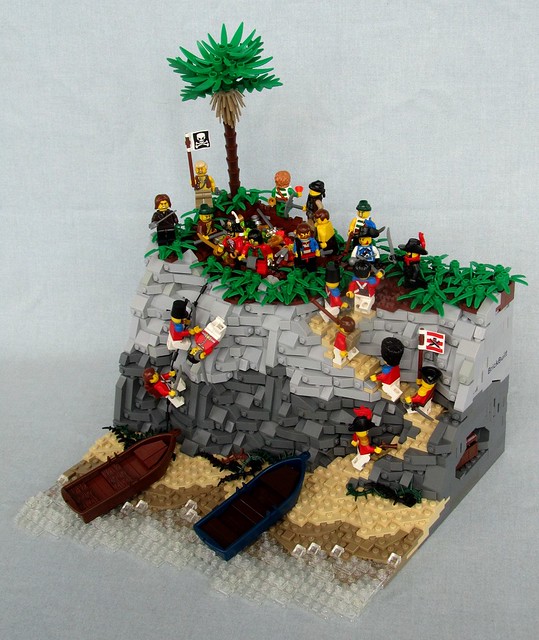 This is a very simple rockwork technique that combines studs up and SNOT sections easily. The parts used consist mainly of basic slopes and bricks along with 1x1 brick with stud and 1x1 headlight bricks.

So keep reading and find out how it's done!

For this tutorial, I will build a small section of coastal rockwork. Something to keep in mind with this design, is that for the SNOT sections to fit over the water, the rockwork needs to start on the same plate level. 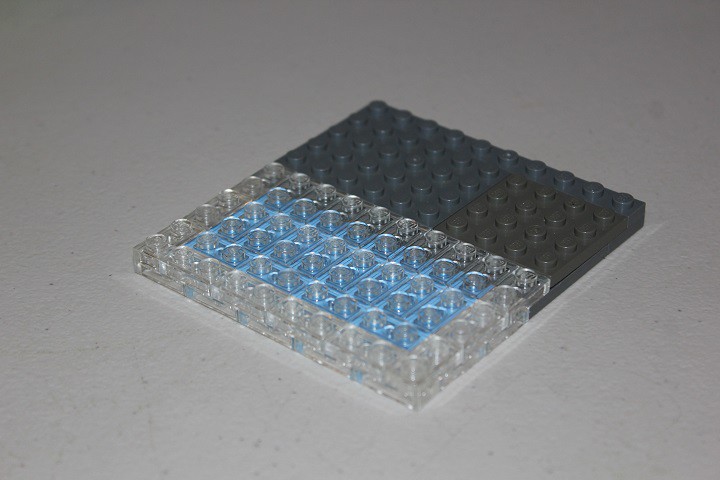 Now Ive added the first two slopes. The 1x3 slope is attached to 3 headlight bricks in dark bley. A handy thing about this technique is that you are often able to implement headlight bricks or bricks with stud in colors other than the rockwork. Here for example, I could have used filler color headlight bricks for the two farther to the left. 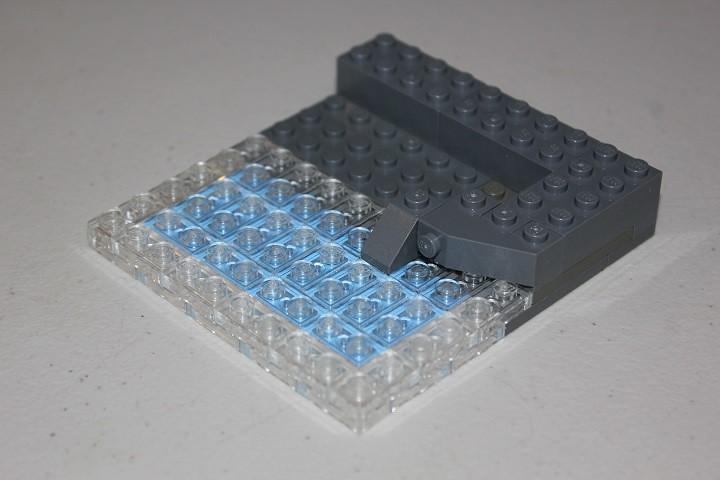 Vertical SNOT slopes can also be implemented occasionally. Be sure to mix the SNOT sections with studs up parts to keep the slight gaps below the SNOT slopes from becoming too uniform. 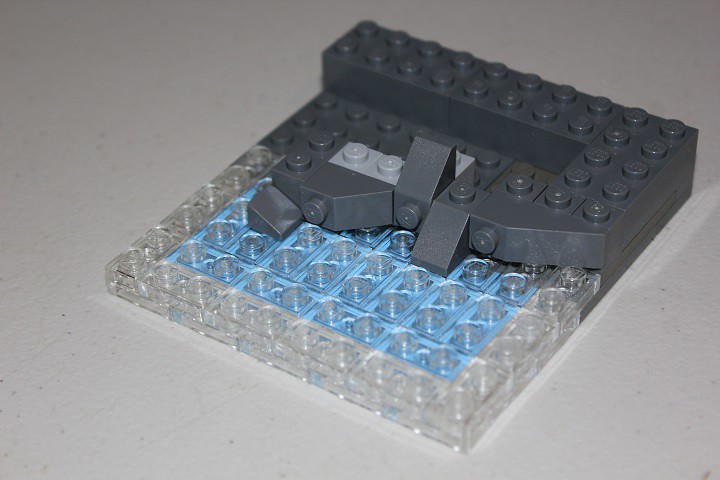 As you can see, Im using bley brick with stud myself. More neutral tones like that work easiest for filler, but even colors like yellow and red can be mixed in occasionally if youre careful. 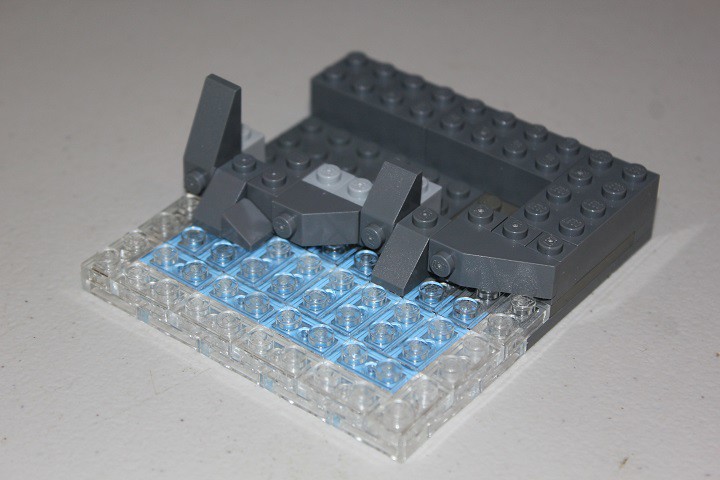 Sometimes plates behind the SNOT slopes help them fit better, like with the cheese slope on the near end here. 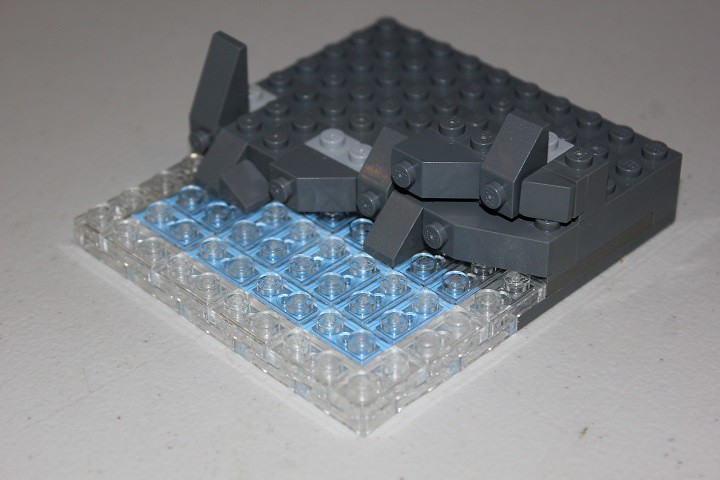 This technique is inherently a little rough, so you dont need everything to fit super smoothly. 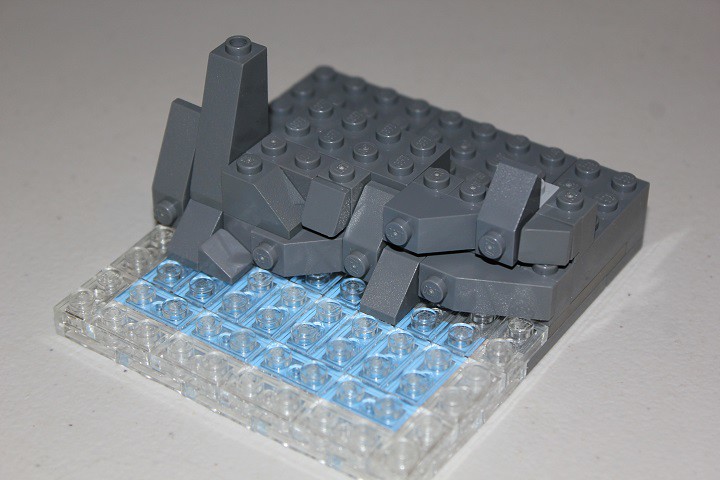 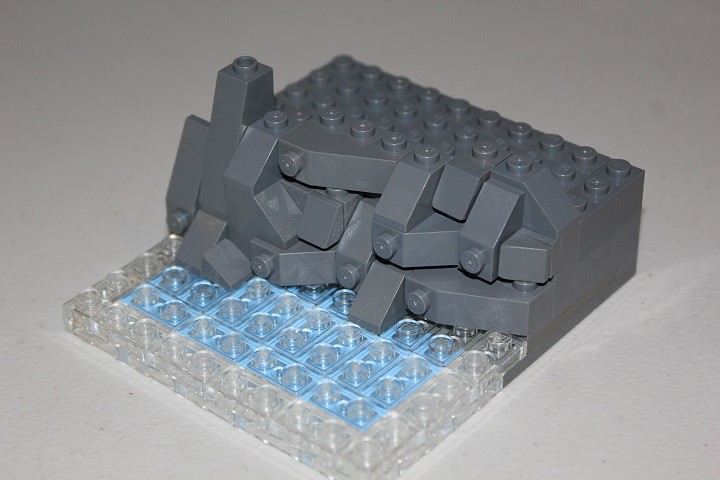 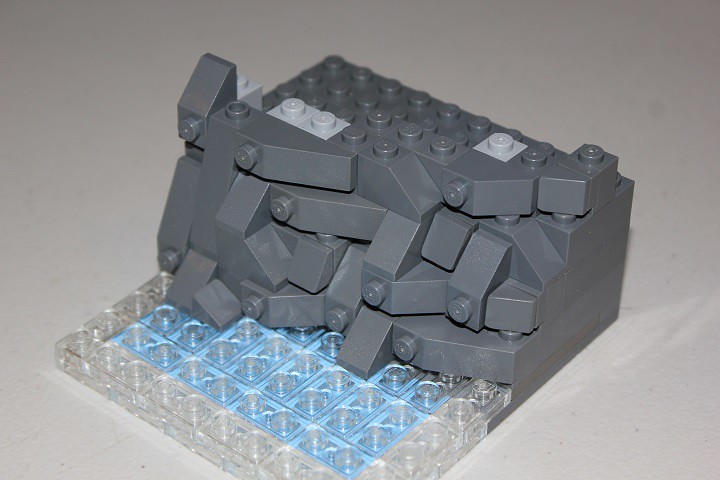 If you have any wedge slopes or bricks, those often fit in nicely as well. 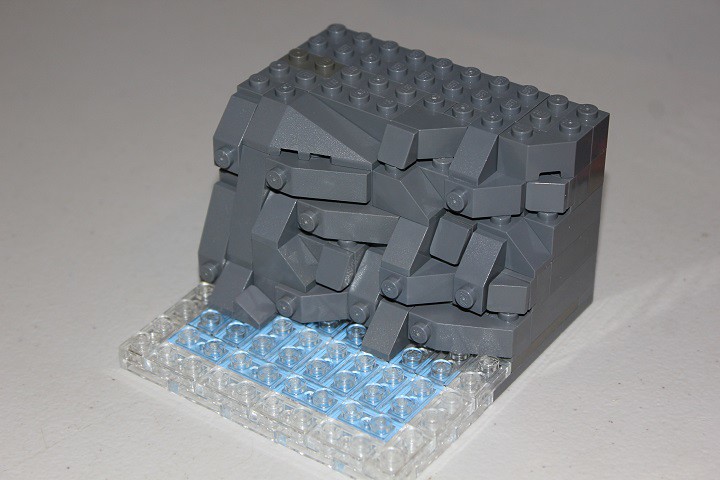 Almost ready to top it off, I used a SNOT headlight brick here to get another stud attachment option for the final layer. 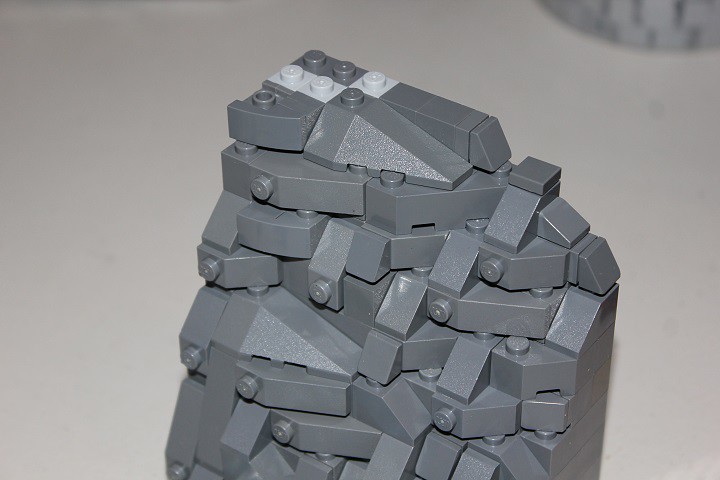 And theres the finished rockwork section! 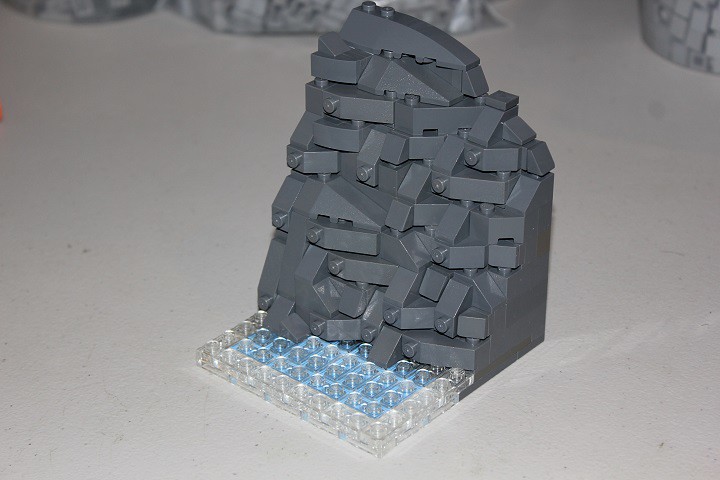 This technique usually works best when used for larger areas, here are some of examples of it in use in my previous builds: 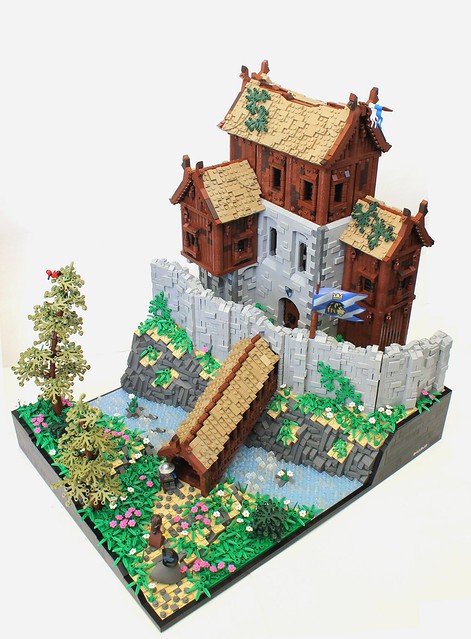 I hope you found this tutorial useful. And as usual, feel free to leave a comment if you have any questions or suggestions for future tutorials.